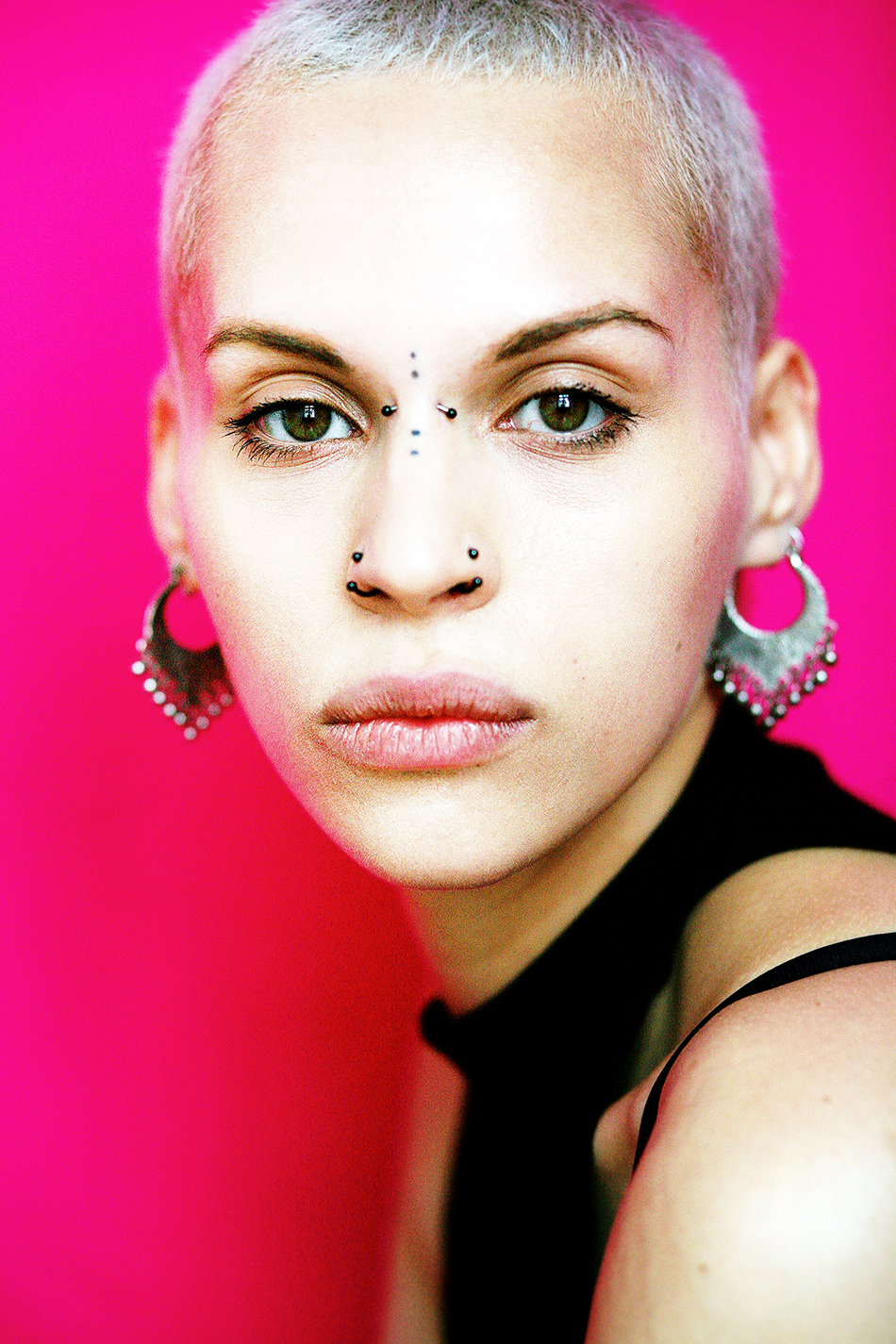 The Project Room at the Haus am Kleistpark is proud to present Berlin-based photographer Birgit Kleber’s exhibition "Woman". Providing juxtaposition while thematizing women’s role as independent subjects, her series "Modern Queens" (2019) and "Woman in hotels" (1989–1992) are also on view.

Birgit Kleber is known for her striking portraits that reflect the personality and will-power of her models. In the series "Modern Queens" (2019) the artist took portraits of young women, all born around 1990, who ignore common beauty ideals, current fashion trends, and social norms. Expressing themselves through tattoos, piercings, and pronounced eyebrows, which stand for strength and inner freedom, the red background against which they were shot intensifies the expression of power they emanate.

Already with her series "Woman in hotels" (1989–1992) Birgit Kleber attempted to establish a point of view that ran counter to the prevailing photographic situation of the time and free the women depicted from their role as objects. This is the feminist signature of her work and one which "Modern Queens" continues.

Birgit Kleber lives and works as a freelance photographer in Berlin. Having made a name for herself with the appearance of her work in acclaimed magazines as well as the realization of numerous art books and exhibitions, Kleber’s art is a part of many distinguished collections.