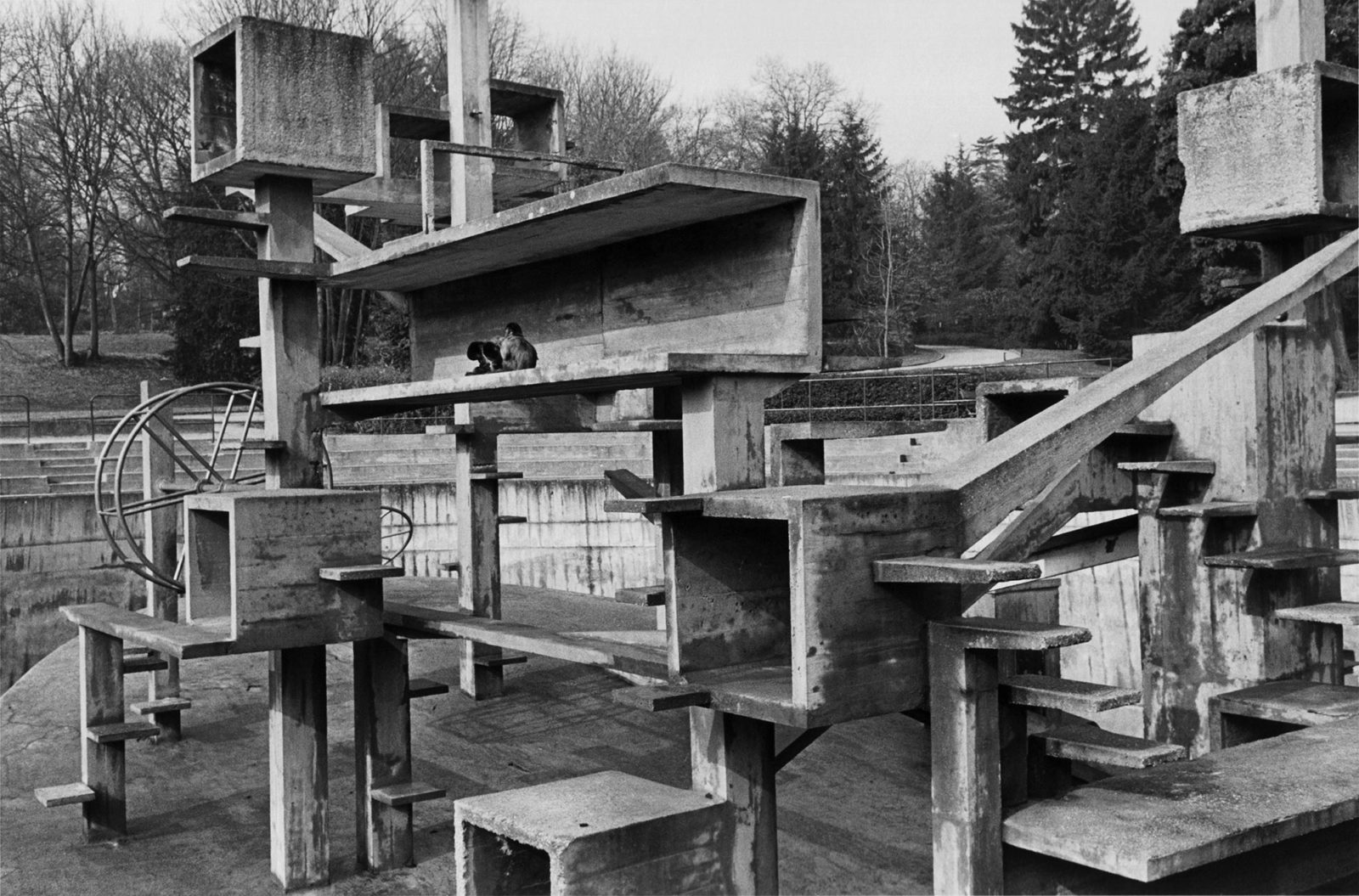 In her extensive series (1983–1984), Hildegard Ochse shows over one hundred different pictures of creatures in the cages, enclosures, and showcases of European zoo architecture. Photographer Sabine Wild, who has been working on the subject of zoo architecture since 2007, uncovers the aesthetic concepts behind the apparently functional elements of keeping animals in zoos.