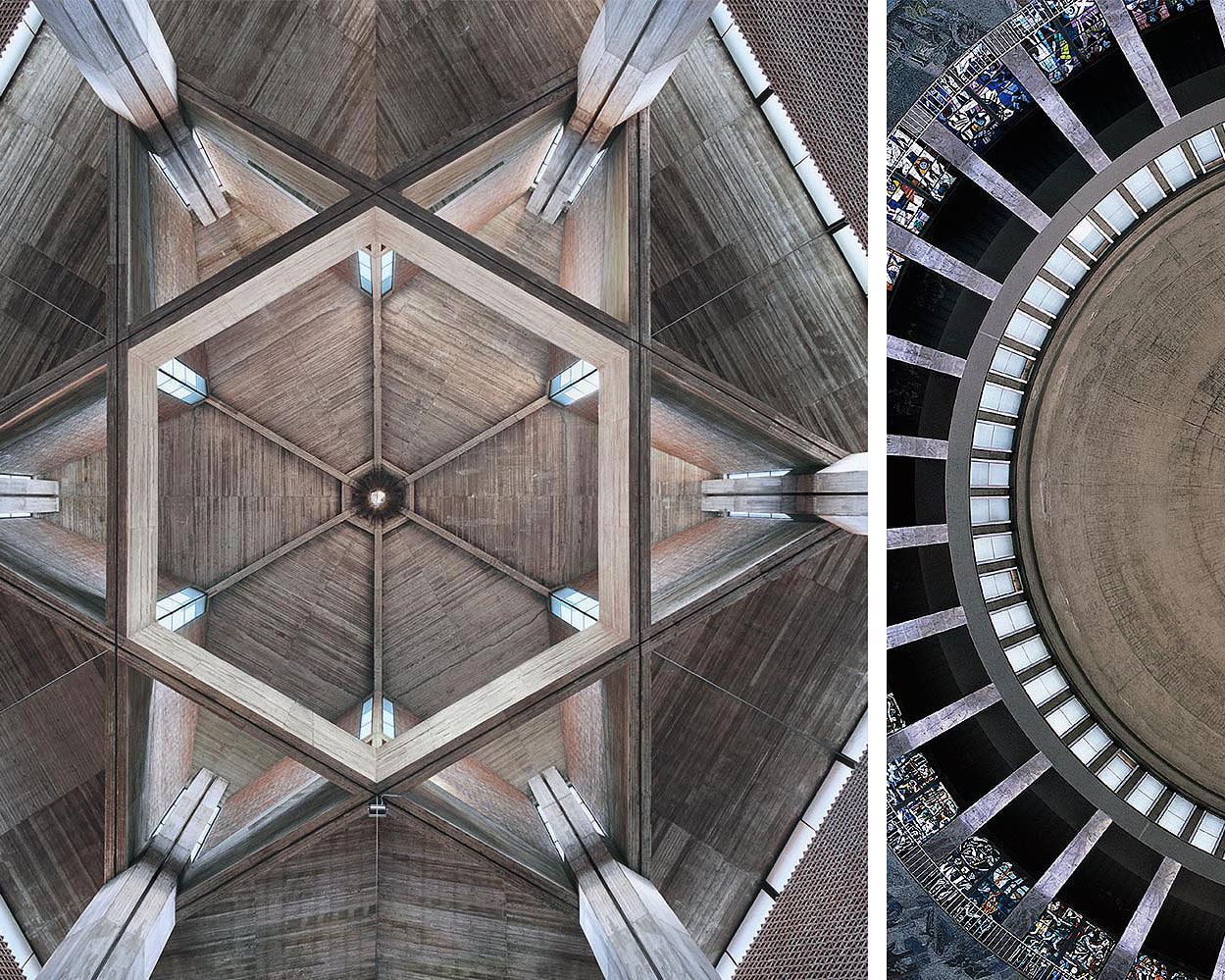 Roman dome architecture at the interface between art and design.

For many years now, Jakob Straub has been taking photographs of the interiors of domes in churches and profane buildings in Rome using an analog medium-format camera. In this long-term project, the graphic designer and photographer is not concerned with an exhaustive documentation of, for instance, the numerous churches in the city. Rather, what he is interested in is the original idea behind the design of the structures – and thus by means of a specially developed photographic technique he reduces the architecture to its basic form and brings it back to the drawing board, so to speak. In his selection of motifs, because he does not focus on their art-historical relevance his paths often lead him to structures off the beaten track that are not listed in any travel guide.

The corresponding publication "Roma Rotunda" presents thirty-six sacred rotundas, symbols of perfection and impermanence, on an eighteen-meter-long accordion fold. The book with an essay by Mark Gisbourne is published by Hatje Cantz and ha recently won the German Photobook Price 2016.

Jakob Straub (*1975 in Berlin) completed his studies in history of arts, photography and communications design at the Hochschule für Technik und Wirtschaft Berlin in 2002 at the top of Mafred Pauls fotoclass. Since then he works in the fields of graphic design, photography, and font design. Lives and works in Berlin and Rome.