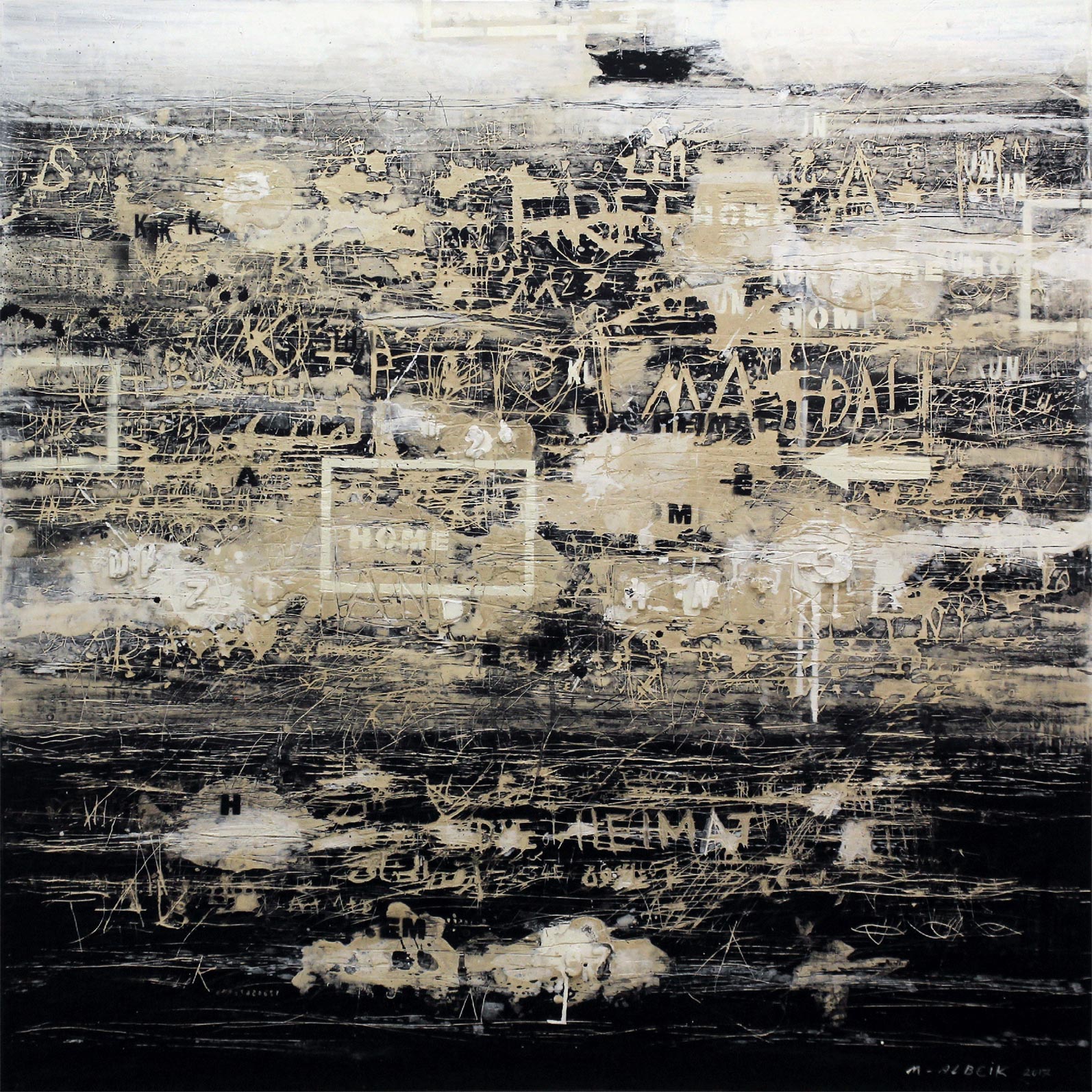 In this exhibition Abdul Karim Majdal Al-Beik and Yaser Safi will present new works, that have been created lately, since the artists relocated to Berlin.

The curator of the exhibition, Dr. Benno Hinkes, is founding member of BERLIN ARTISTS CONNECTED – a network of international, Berlin-based artists that particularly aims to support established and young-and-upcoming artists with forced migration background.

Abdul Karim Majdal Al-Beik (*1973 in Syria) studied Fine Art at the University of Damascus. The artist soon became prominent for his large scaled-mixed media paintings. However, his approach quickly developed further and today involves a wide range of media, from drawing to installation art. His works have been presented in solo and group exhibitions in London, Dubai, and Beirut, at the National Museum of Aleppo, and at the Tehran Biennial of Art. They are housed in public and private collections throughout the Middle East and Europe. Majdal Albeik received several awards for his work, such as the Award of the Latakia Biennial and the Shabab Ayyam Award for upcoming artists.

Yaser Safi (*1976 in Syria) studied Fine Arts at the University of Damascus. Later he taught at the Graphics Department of the institution, before becoming lecturer at the Adham Ismail Institute, Damascus and supervisor at the Sharjah Institute of Art, United Arab Emirates. His artistic approach focuses on large scaled painting and etching, however occasionally also may take three dimensional shape. Safi's works have been widely displayed within Syria and soon gained recognition within the young, vibrant art scene of Damascus. Internationally, they have been displayed in solo and group exhibitions in cities like Beirut, Dubai, Chamalières, Paris and Berlin.