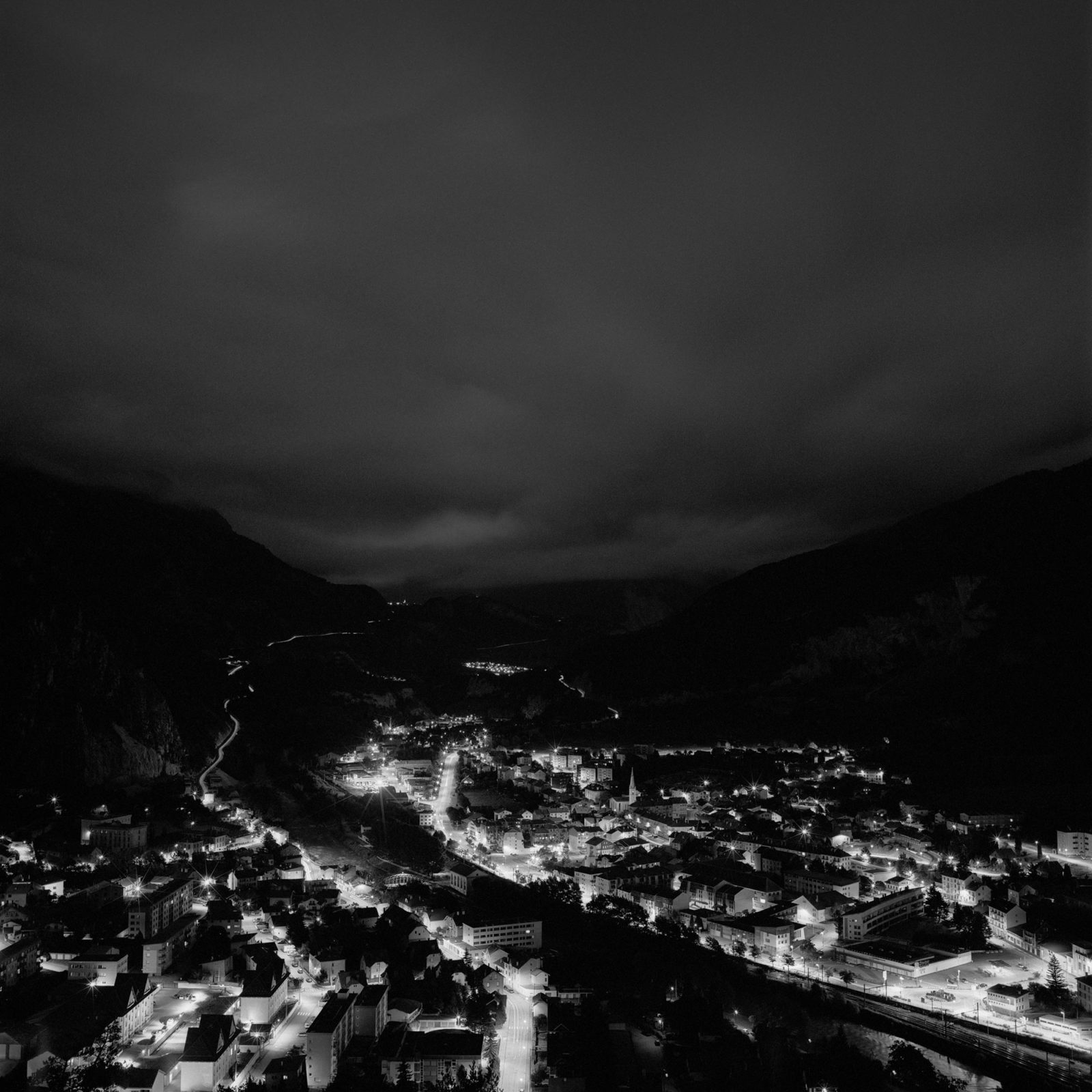 75 years after the end of the Second World War, the British-German photo artist Mike Chick shows his new work entitled Log Book in the renovated and expanded Project Room at the Haus am Kleistpark. As in previous projects, Mike Chick deals with his personal roots in a historical context, here with the theme of identity and family with reference to recent European history. The starting point for the cur- rent work is the Royal Air Force log book which belonged to the artist‘s father and which documents his activity as a pilot during World War II, as well as a photo- graph taken during one of his father‘s flights over Nuremberg in August 1943.

Between 2017 and 2019, the artist travelled to twenty-six European cities in Germany, Italy, France, and Poland, all of which had been among his father’s destinations, decades after they originally appeared in the log book. We encounter contemporary nighttime photographs of buildings, streets, and urban spaces that challenge our ideas of time, place, and memory.