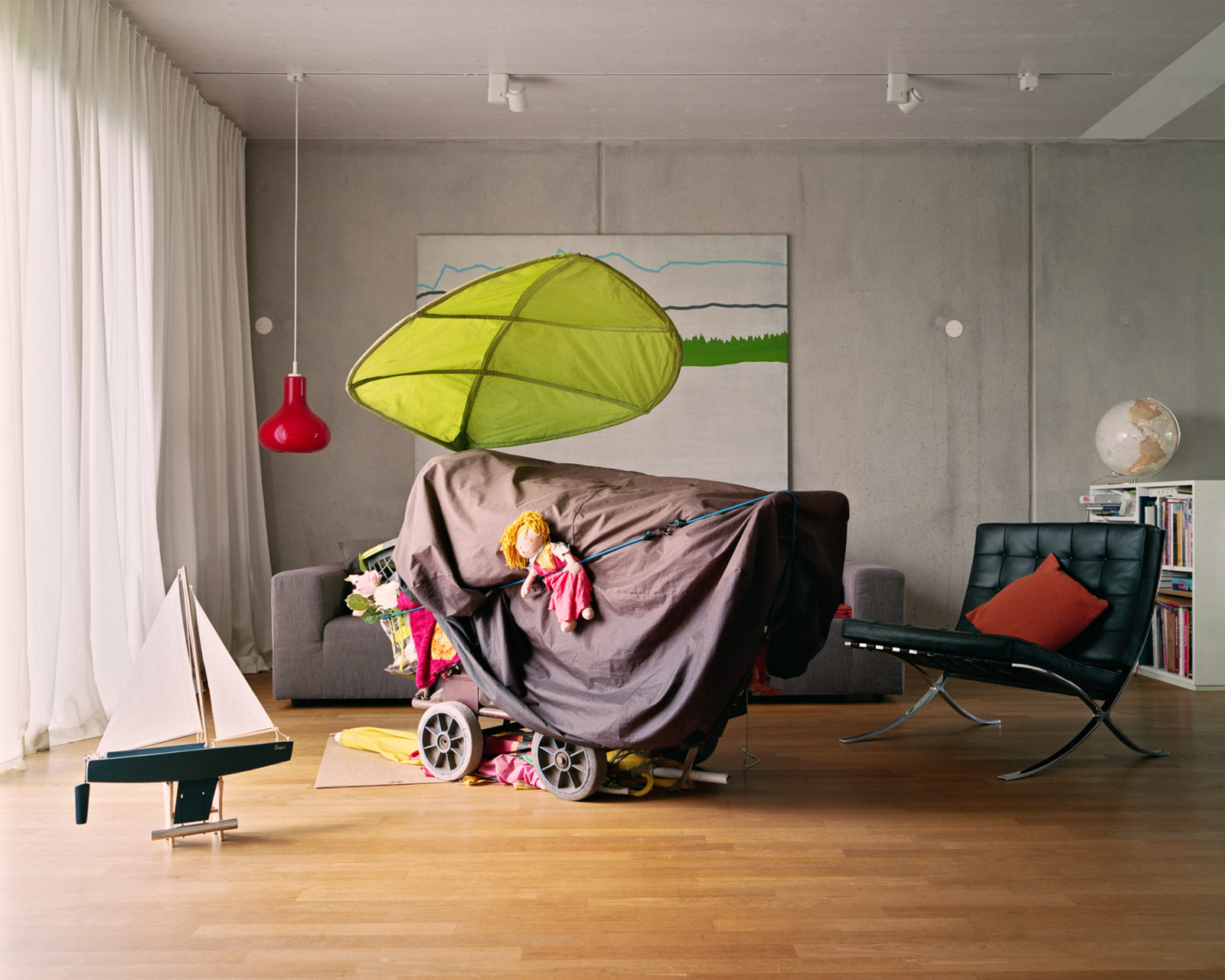 From 19 August 2021 we will be presenting Jana Sophia Nolle’s (*1986) exhibition “Living Room”. On view will be works the artist created in San Francisco and Berlin.

Nolle’s artistic method is multi-disciplinary. The artist shifts between research, observation, conceptual photography, and work with objects and installations. Now living primarily in Berlin, since 2016 she has been concentrating on the ever-growing rift between rich and poor. This concern is behind her conceptual photographic study of temporary homeless shelters which she began in San Francisco between 2017/2018. Through the example of living-spaces the artist thematises socio-political change and aspects related to gentrification. Nolle approached people living on the street, took portraits of them, and asked for permission to photograph their dwellings. Then, in a performative act, Nolle recreated and shot their shelters within the flats and houses of the wealthy. In 2019 Nolle received the Haus am Kleistpark Photography Fellowship and was able to continue the project in Berlin.