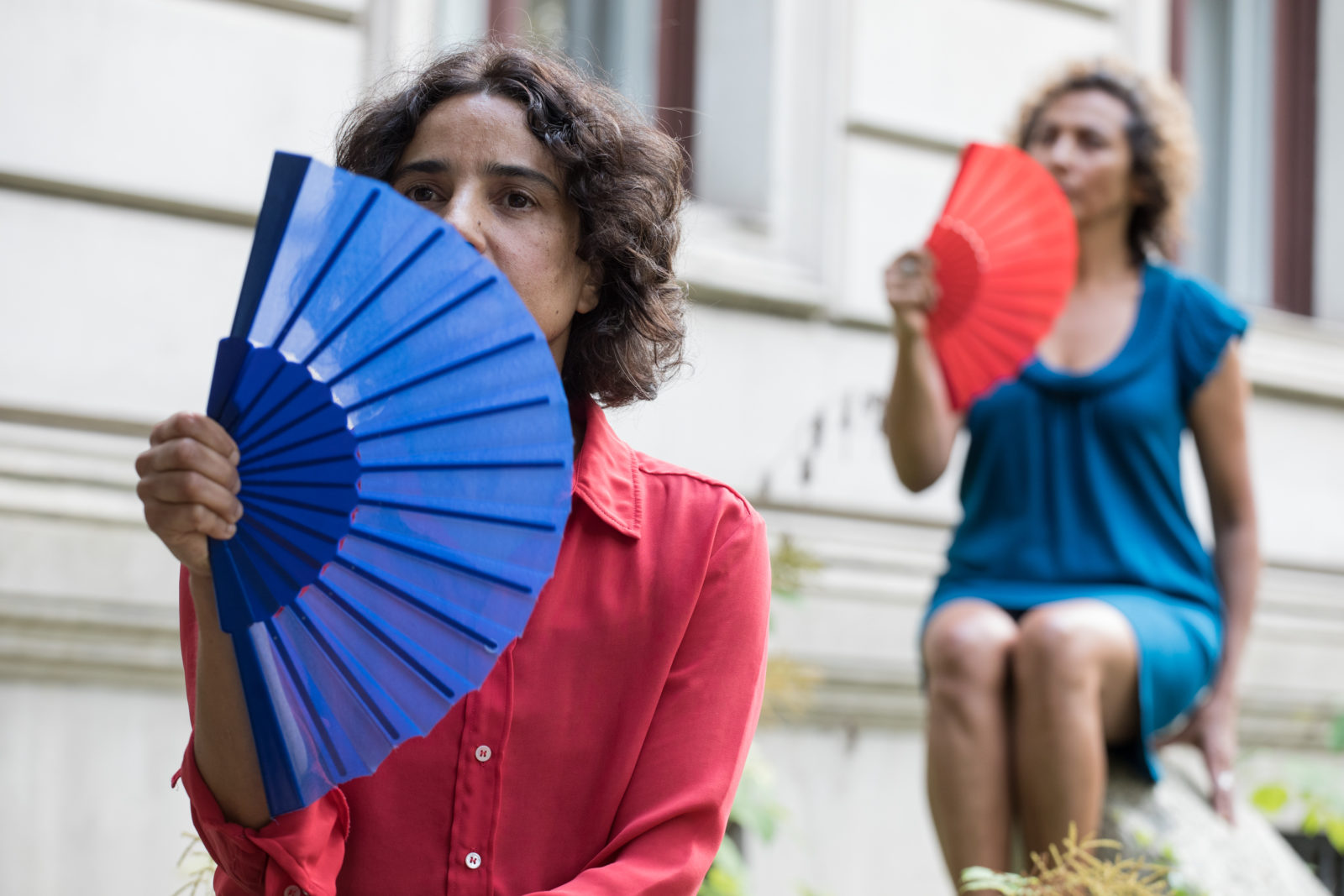 "Écritures"
The setting of the final sign on the advertising column
3 September 2021
6:30 p.m.

In the performative act "Écritures" Myriam El Haïk will inscribe the advertising column in front of the Tempelhof Museum with various signs until its surface is filled. The signs spring from her imagination and are without concrete or fixed content. Their meaning is individual and is derived from the form itself. Sign by sign, a composition unfolds in which the execution by hand gives the signs their uniqueness.

Inherent in both works is rhythmic play. Fixed elements are repeated in a seemingly never-ending loop. In the process of repetition, deviations emerge and variations become apparent. The regularity of order is played off against the way individuality unfolds.