FFP2 masks are mandatory for visiting our exhibitions even after 1.4.2022.
Due to the Art Prize jury meeting, the exhibition "A worm crossed the street" will be closed on Tuesday, 24 May. 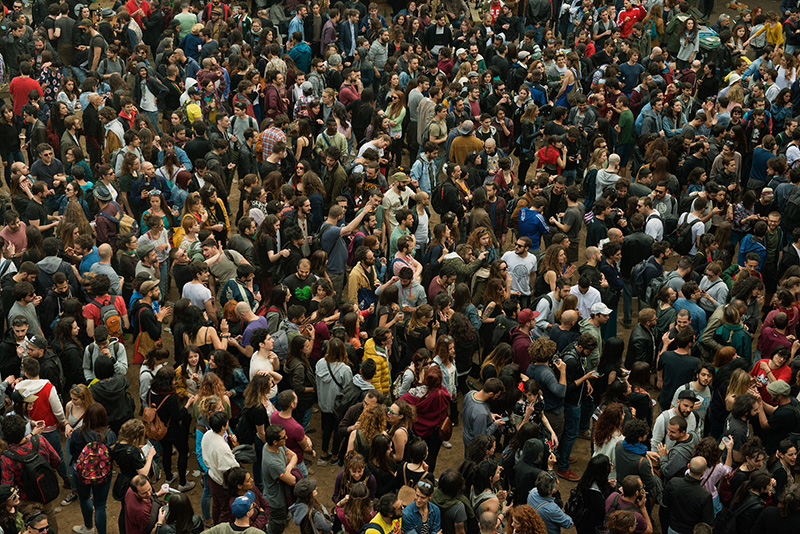 Are You Happy
Photographs by Göran Gnaudschun

Haus am Kleistpark as a guest at the Fotohaus ParisBerlin in Arles,
Rencontres de la photographie, Voies off

The municipal art gallery Haus am Kleistpark, Berlin presents artist Göran Gnaudschun in the fifth edition of the Fotohaus ParisBerlin during the Rencontres de la Photographie, Voies off in Arles. Göran Gnaudschun is interested in people and the life situations in which they find themselves: whether they concern social flashpoints such as Alexanderplatz in Berlin, everyday life in Hannover, or the no-man’s-land of the former inner-German border.

His work "Are You Happy?" is situated in the eastern periphery of Rome. An area where living conditions are rather cramped, residential blocks rise like walls, and abandoned agricultural land appears out of nowhere. Where young, trendy districts bleed into residential areas for white and blue-collar workers and for people whose means of income is anything but clear. And, as one continues eastward, things become increasingly poorer. High-rise complexes, shells of unfinished buildings, problematic districts. The ancient city wall divides the periphery from the postcard city of Rome. In his latest series, Gnaudschun is concerned with the question of being, of living space and lifespans. The concreteness of the portraits and the suggestive atmospheres of the urban spaces negotiate the present of the generally human: "Are you happy?"

Göran Gnaudschun (*1971 in Potsdam) studied artistic photography and visual arts with Professor Timm Rautert at the Academy of Fine Arts in Leipzig. He lives in Potsdam.